I can't believe its been seventeen days since I blogged last. How on earth did that happen?!?


Well, at least I can say I have used the time productively.

* Had a very nice visit with my family. Being in NYC, and without a car of my own, means that seeing the parental units and little muchkins (who are no longer as short as their nickname "Shorty" implies) is a rare occurrence. Quality family time is wonderful and rare so its always appreciated when it is available.

* Saw the invited dress of the new Broadway show "Red." Alfred Molina was amazing. He fully embodied his character and had no visible "tricks" or false moments to carry his intense and emotional performance. His character flowed so naturally from his person that it really showed what true acting is. I also gained a far deeper respect for him as a performer and as a star; very few actors in his category would willing set their egos aside to sit on stage during the entirety of the rowdy and loud walk in just to set the production's scene. I really need to sit down and watch some of his film work now.

* Presented a unrehearsed scene from Shanley's "Doubt" in class. The last time I did one (ironically from the same play) it was entirely different. My work when I first moved to New York was very self conscious and presentational. I wasn't acting or living in the moment, but presenting what I thought others wanted to see. Having grown up a bit since that sad time, I feel more willing to just be; to let myself alone and let what is going to happen, happen. So this time around I found the unrehearsed scene rather empowering. I look forward to seeing what happens when we present it as a rehearsed scene in class.

* Also beginning the task of submissions to commercial agents. I've already pinpointed those that I think I would work well with and now I am beginning the process of contacting them. If you have any suggestions of whom I should contact as well, please let me know.

In other news, I enjoyed seeing the First Lady at "Memphis" on Broadway. It is wonderful seeing the show receive the positive recognition it deserves. It really is a word of mouth show and, it appears, that word of mouth includes the White House. Very cool!

So, I am breaking one of my cardinal rules today: I will be in NYC on my day off. I know, crazy, but I have tickets to the show "Come Fly Away" so I think I can bend my rule this once...

Break's over. Back to submissions.
Posted by Melissa at 1:53 PM 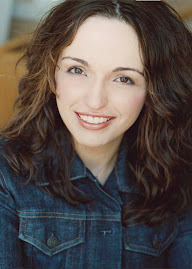